You’re probably wondering what’s up with the new version of Dynamics 365 Customer Engagement, since version 9.0 was just released. What could Microsoft possibly be adding so soon after the biggest release in D365 history? Dynamics 365 Customer Engagement v9.1 (version 9.1) is offering users even more possibilities within the system. This blog will address two major features that are coming soon and are very exciting to the community: the introduction of Playbooks and the integration of Microsoft Teams.

Also, for previous Dynamics 365 CE users, keep in mind that updates are now automatic. Everyone will be updated to Dynamics 365 v9.1 as soon as it becomes available.

Microsoft is introducing a new feature called Playbooks, a new capability to automate sales actions in a way that will help salespeople with contingency planning and guidance through their sales process. Playbooks is an event-driven guidance engine that will allow businesses to automate repeatable sales activities and respond to external events. When a D365 salesperson communicates with a prospect, Playbooks will predict and trigger a list of activities and tasks that the seller should take to successfully win an opportunity. Organizations will be able to configure Playbooks to define the set of activities needed to automate once triggered. 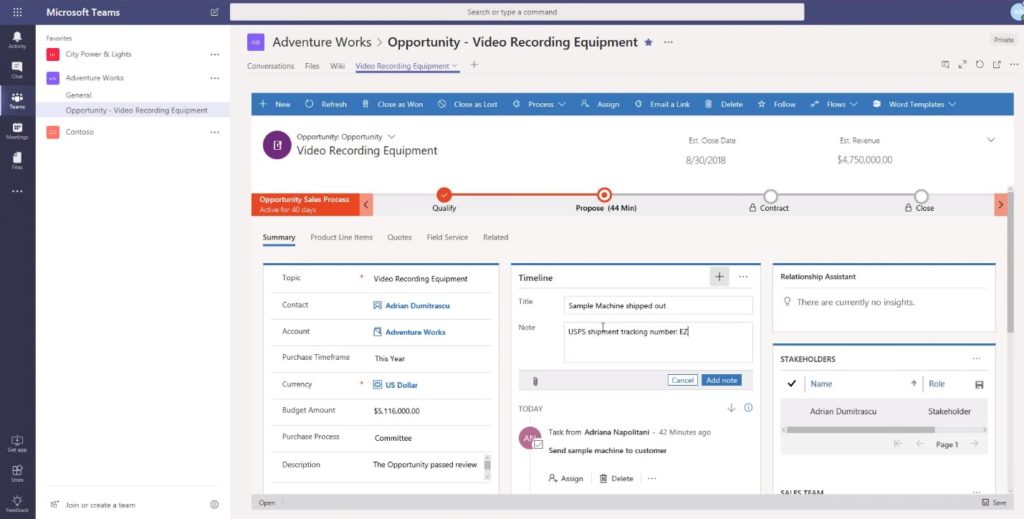 With these two features, Microsoft is providing salespeople more possibilities to excel in their jobs and enabling businesses to excel in their sales. For current users, keep in mind the previous changes made in Dynamics 365 v9.1: new field type multi-select option sets, a new timeline control for advanced activity tracking, and the future of D365 user experience, the Unified Interface.