Founded in 2007, BGSF’s foundations were laid when two light industrial offices were purchased by Taglich Brothers Private Equity Group. What started as two brands grew to 12, encompassing 80+ offices around North America and what remains is the ambition for growth. The company has since transitioned from humble beginnings to providing high-end technical services and has moved towards higher margins. Through the years, both the desire of the investors and the dedicated BG team continued to expand through acquisitions that have inspired keen, organic evolution. Today they offer job title opportunities in industries such as IT, Project Management, HR, Accounting, Administrative, Cyber Security, Property Management, and Commercial.

As a publicly traded company experiencing fast growth both organically and through acquisitions, BGSF needed an enterprise resources planning (ERP) platform that would provide the reporting and structure necessary for remaining compliant with regulatory agencies, that could keep pace with their growth, and that made transitioning acquired organizations into their fold simple and predictable. 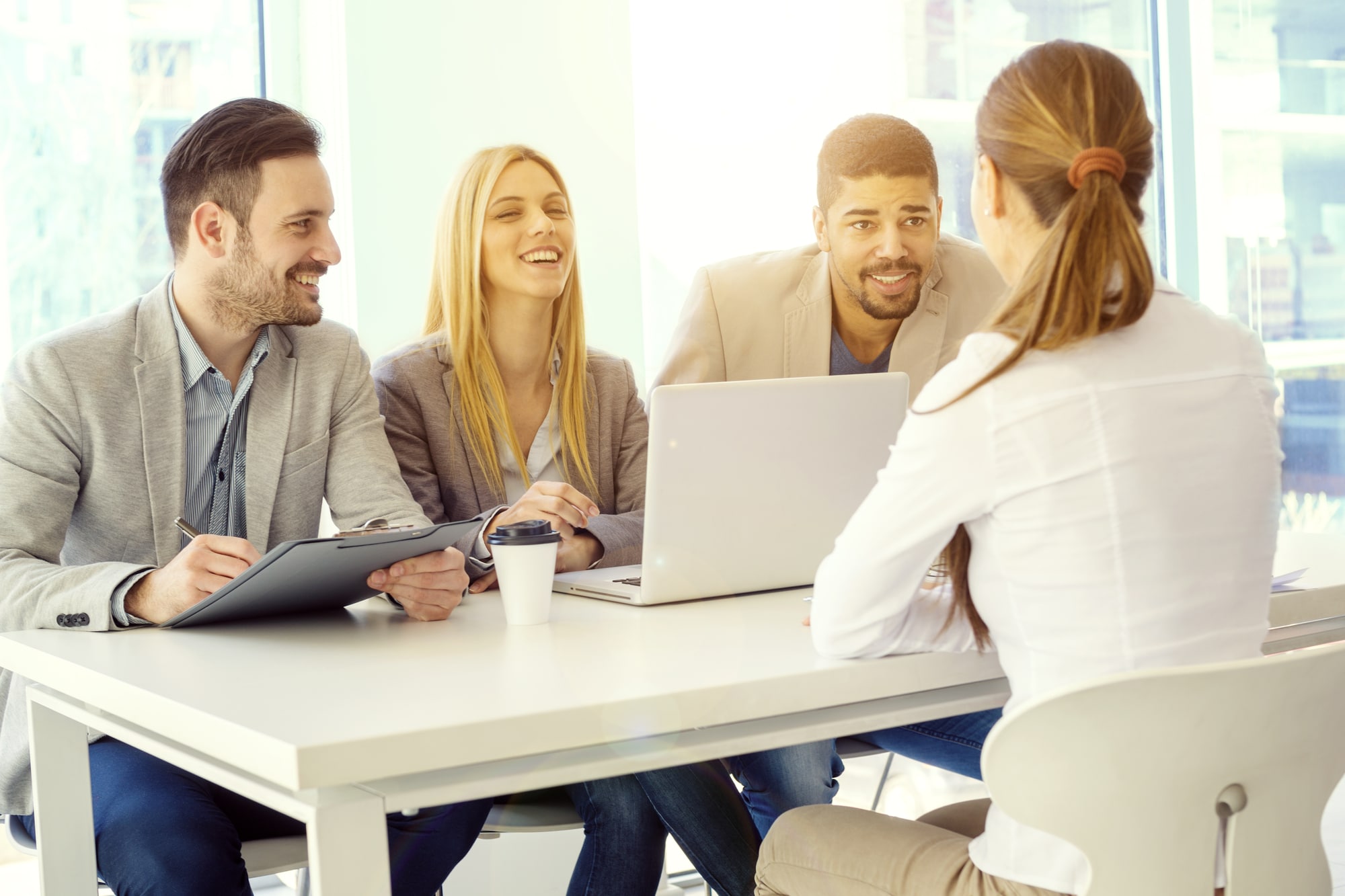 In late 2018, Beth Garvey took over as CEO and set out to create a technology infrastructure capable of supporting significant growth goals. BGSF completed more than 14 acquisitions prior to 2019 and very little post-merger integration or systems architecture updates were made, so modernizing infrastructure and business processes was desperately needed. Shortly after, she brought in Chris Loope as CIO and Nycole Rosen as Vice President of Technology.

They conducted a full assessment of all internal systems and processes to create a full-scale “Digital Transformation Roadmap”. They began building a tech stack that would both serve the company now and take it into the future.

After completing a full assessment, Loope and Rosen determined that the company had multiple aging websites, job boards, and several systems such as on-boarding and timekeeping still being performed on paper. The existing ERP was called “Cyma” and it wasn’t efficient or able to serve the company’s growth projections. “There were lots of opportunities,” says Loope. “We put together a technology roadmap, which was supposed to be implemented over two years, but thanks to COVID became three and a half. We were going to replace all of the technology at BGSF and implement a cybersecurity framework.”

As the team ranked the projects included in the roadmap and created a transformation timeline, they determined that the financial and ERP component was foundational and needed to be replaced first. “The pain points that we identified through the assessment process led us toward replacing the ERP system first,” says Loope. Once that decision was made, they next needed to choose an ERP and the right partner for implementation. Because Loope and Rosen had previous experience with Microsoft, and several departments at BGSF were already familiar with Microsoft Dynamics products, they had what Loope describes as a “conscious bias toward Microsoft.”

One of the crucial elements in making the choice to contract with Velosio for their implementation of Microsoft Dynamics 365 Finance was the maturity of Velosio’s processes. “We knew we wanted to go with a company that not only has had time to do multiple implementations and grow up with Microsoft, but that would also be able to provide support organization outside the US,” says Loope.

Nycole Rosen managed more than 25 separate projects in implementing the roadmap, so she brought a great depth of experience with onboarding new solutions. She says that Velosio was especially helpful in identifying problems before they arose. “Often,” she says, “they helped us to document business processes and asked us questions to really push back.” When the Velosio team asked why BGSF did things in the way they were doing them, BGSF team members had to really examine their business processes. “They did a really good job of building what we said we needed, or helping us to understand what we needed,” says Rosen.

Another factor in the decision was the shorter timeline Velosio proposed in comparison with other vendors under consideration. Along with Dynamics 365, Velosio recommended using AXIO, a proprietary framework developed by Velosio for accelerating the implementation of Dynamics 365 as well as enhancing adoption and usability of Dynamics 365 Finance. Both Loope and Rosen say AXIO was key to the success of their implementation. “I feel like we really benefited from the built-in walkthroughs on individual processes,” adds Rosen. “The smoothness, adoption and accelerated timeline of BGSF’s implementation is a testimony to the efficiency of AXIO.”

The implementation happened in two stages: Phase 1 focused on core financials. Phase 2 included implementation of five different product integrations which would all go live at the same time. Between the two phases, BGSF also engaged Velosio to implement Solver, a Corporate Performance Management (CPM) platform to work in conjunction with Microsoft Dynamics 365 to garner business insights through data, analytics, and reporting.

Phase I – Financials and ERP

Phase 1 lasted six months and focused on general accounting and core financials. It was important to create a solid foundation that would make workers more productive and informed, while increasing operational efficiency. In this phase, multiple paper-based processes were moved to their new digital platform to enable more accurate, data-driven decisions.

The Velosio team leveraged AXIO, an enhanced framework for Dynamics 365 Finance, that provided out-of-the-box business processes built on best practices, custom functionality and an accelerated implementation process to help them realize the value of their investment more quickly.

With a solid, cloud-based financial system in place, BGSF turned their attention to deploying a corporate performance management system that would allow them to take advantage of their improved data. They chose Solver, a modern budgeting solution that would allow them to manage all budgets in one place, create detailed reporting and automate financial forecasts through visual graphs and dashboards shared with the team. Solver is built on a familiar, cloud-connected Excel interface known for high user adoption and reduced errors.

Phase 2 would be the most complex part of their ERP deployment as it included the integration of five different systems, all critical to their operations. Integrations were created for expanded timekeeping, expense management, payroll, a combined applicant tracking system and candidate relationship management system, and billing.

Each of these product integrations needed to deploy into production at the same time – so “go-live” day required extensive testing to be sure everything would go smoothly. Velosio and the BGSF team worked long days and late hours to ensure a successful rollout. This final phase took just under a year to complete.

Bumps in the Road

No implementation goes perfectly, and everyone involved expected some bumps in the road. The BGSF team noted that, as the project progressed Velosio provided additional support and encouragement toward the go-live, where a few things had to be resolved. Velosio also helped escalate a few high priority issues with Microsoft while keeping the BGSF team updated along the way.

Dynamics is a “Purple Unicorn” that Velosio Knows Well

Dynamics 365 Finance designed to accommodate the needs of larger, more complex companies so the system is as much a “business platform” as it is a financial system. Rosen points out that not many partners have the depth of experience and expertise in the product that Velosio does. “Dynamics 365, from my experience, is one of those purple unicorns that not a lot of people out there understand in and out, but the people at Velosio do,” she says. “And they’re incredibly specialized.” Knowing that the BGSF team could call on someone and trust that they would know how to resolve the issue made the process go more smoothly. Loope agrees: “I would definitely say the people set this implementation apart.”

A Proven Platform for Efficiency and Growth

At this point, it’s too soon to quantify the long-term impact of Dynamics 365 and Solver, but Loope suggests that this was a critical step in realizing the full value of their Digital Transformation Roadmap. “The suite of products we put in the new tech stack would be considered by some as oversized for a company the size BGSF is now,” he says. “But the plan was to put in a foundation that allows us to grow to a billion dollars and beyond the borders of the United States.”

“We’re looking at two sides of growth,” he continues. “Growth fueled organically on real estate, and through future acquisitions. And the other one is efficiency. We can now generate more gross margin with either the same or less internal staff.”

Another benefit of realizing their roadmap strategy is that it will allow the company to expand into new markets. Loope is enthusiastic about the future: “We’re not just a traditional staffing company anymore. We provide extensive consulting services that require a more agile billing infrastructure. We designed our front-end and back-end systems with Velosio’s help to have invoicing that is flexible. We can accommodate a traditional staffing company, but also provide consulting engagements (even flat fee engagements) to bring on workers whether they are independent contractors, corp to corp, or W2, benefited employees. They are all billable through the same systems.”

BGSF is well-positioned to keep up with the rapid pace of change in the staffing sector and capable of scaling as the business grows organically or through acquisition. “With a modern, cloud-based solution in place, BGSF now has the flexibility to evolve our financial and operational technology to align with company goals as they evolve over time,” observes Loope.

SHARE
Field service providers can scale their operations in one of two ways. They can grow their workforce larger, so they can handle more new projects and service more customers. Or they can make operations more efficient, allowing them to perform more work with the same number of personnel. Since the current labor shortage will likely…
LEARN MORE
To truly understand what your customers think, it’s time to “ditch the crystal ball” trying to find the answers on your own. Instead, give your customers a “voice” so they can tell you themselves. That’s the only way to know for sure how they feel about your products and services and to determine the needs…
LEARN MORE
In this blog series, and the accompanying eBook, The Future of Commercial Field Service Companies, we’ve been highlighting how technology can help field service companies attract and retain qualified employees, elevate the customer experience, increase worker efficiency, and boost profitability. In this final installment of blog series, we touch on what we think may be…
LEARN MORE
[class^="wpforms-"]
[class^="wpforms-"]
X