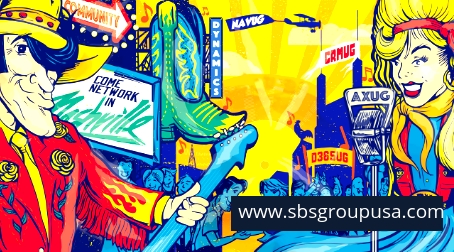 There were almost as many product announcements as cowboy hats at NAVUG Summit 2017 in Nashville. For Dynamics NAV users, Microsoft’s roadmap guidance was clear: NAV will continue to receive yearly updates, and customers who want to remain on-premise or hosted (non-SaaS) can do so. Customers can expect Dynamics 365 “Tenerife,” when it arrives in 2018, to offer both a SaaS option and an on-prem roadmap for NAV.

The NAV/Tenerife product roadmap now calls for Dynamics NAV 2018 in fall 2017, with a December 1 general availability date expected; then NAV 2018 R2 in Spring 2018 alongside the initial Tenerife launch. Beyond NAV 2017 R2, Dynamics NAV will adopt a new name under the Dynamics 365 brand, but the software continued updates to the same product, said Marko Perisic, Dynamics 365 R&D general manager. “Codename Tenerife will be rolled up into the Dynamics 365 brand,” Perisic said. “It is an important brand that Microsoft is putting its weight behind.”

Is it me, or does this codename business make you feel like a spy?

Microsoft program and product managers showed off a range of productivity updates that will be included in NAV 2018. Office integration will continue to expand in NAV 2018, with an eye toward more streamlined processes. Microsoft demonstrated a quote-to-cash process executed entirely in Outlook, driven by NAV. After creating a quote, order, and invoice from Outlook, the customer can also pay the invoice via their Microsoft account, again from Outlook.

Within the NAV 2018 web client, the in-app designer will allow for users to personalize their own experiences by rearranging interface elements and adding and removing fields. Global interface changes completed with the in-app designer are saved as NAV extensions, meaning they should be manageable and stable across core system updates.

There is a revamped user interface coming with Tenerife that will aim to simplify role centers, with more visible information and actions moved higher on the page for easier access. The left-side menus will be moved to the top of the screen to add more real estate to content. List pages will be redesigned to look more like financial reports. And the preview shown at Summit featured a monochrome look and feel that Microsoft believes will improve the visual impact, especially around data visualizations.

Microsoft has positioned Dynamics 365 Tenerife as a business application platform that offers a full range of capabilities, backed up by the Common Data Service for augmenting apps as needed. Microsoft wants customers to look at it as a solution that can be augmented easily with standalone Dynamics 365 apps like Sales, Marketing, Talent, and service using Common Data Service.

Microsoft made it clear that Dynamics 365 for Finance and Operations – Business Edition (formerly NAV), is a “cloud-first” solution. “Emphasis has to be on the cloud, but it’s important to recognize and know [that] despite trends, we have a huge customer base and Microsoft will not leave any of those customers behind,” said Perisic. “We recognize you have installations on your own hardware and we will continue to support that. And because of that we’re not a cloud-only company, we’re a cloud-first company. Make investments there first and mirror those for customers who are on-premises. We see it as an advantage to provide that choice.”

Let us know if you have any questions about these latest product updates for Microsoft Dynamics 365 and/or NAV.

David is a graduate of Wharton School of Business with a B.S. in Accounting and Economics.  After graduation, he began a twenty year career in public accounting, including five years as a partner where he built a successful systems advisory practice and managed it as partner-in-charge.

In addition to his business and accounting background, David has strong technical skills which he has leveraged in helping hundreds of small businesses and large enterprises evaluate and implement ERP systems in his nearly thirty years in technology services sector.​