The first 2014 release for Microsoft Dynamics SL will be here within the next 10 days, in the form of Web Apps Cumulative Update 1 (CU1). As users are trying to meet more demands on varying devices, the update will provide access to Microsoft Dynamics SL across desktops, tablets, and smartphones.

Here are the Web Apps that will be released by the end of March (via Virtual Convergence): 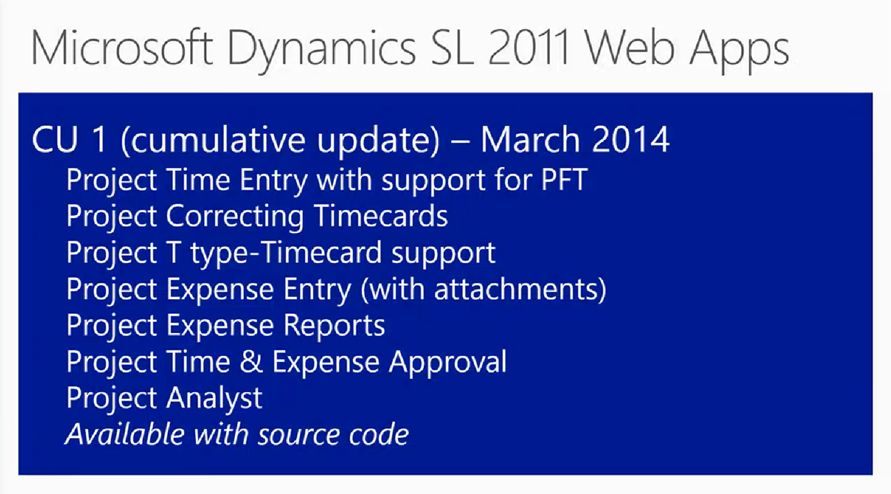